Where all sports meet together 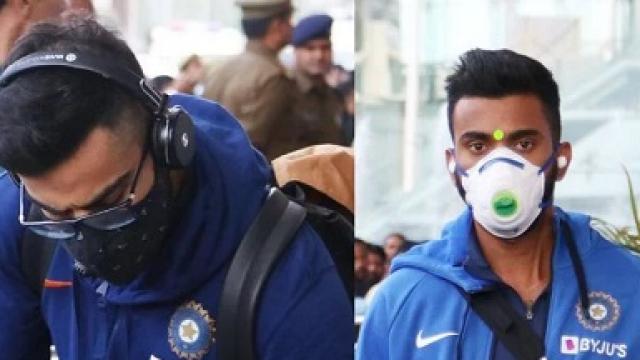 Coronaviruses (CoV) – A large family of viruses that cause illness ranging from the common cold to more severe diseases have became the Center Stage of Worry all around the World.

Cricket Boards across the Glode have identified it to be a Big Threat and hence have called Off many of the the Current and Upcoming Series.

Here All that has Happened till Now:

The upcoming edition of the hugely-popular Indian Premier League (IPL) was postponed amid speculations of it even getting cancelled later on. With the Indian government deciding to suspend visas of all arriving travellers till April 15, a sword still hangs on the participation of foreign players in the cash-rich league.

BCCI President Sourav Ganguly confirmed that The Board is Using Wait and Watch approach and will decide on the Future of the League as things fold out in the coming week.

Australia won the First match of the Series which was the first match played closed Doors on March 13.

But On Saturday (March 14), a day after the first ODI, Cricket Australia has decided to postpone the remaining two games of the series, and the upcoming tour to New Zealand (three T20Is) owing to New Zealand Government’s latest travel restrictions. The New Zealand men’s team has been advised to return home immediately.

The Road Safety World Series, featuring cricket greats such as Sachin Tendulkar and Brian Lara, have been cancelled for the time being in view of the rising coronavirus threat in Maharashtra.

The Decision was made keeping in Mind the Threat & Safety of Players.

England’s tour of Sri Lanka has been postponed due to the coronavirus pandemic, with the travelling squad set to return home as soon as possible.

Joe Root’s side were in the field at Colombo’s P Sara Oval, facing a President’s XI in a warm-up match, when the the England and Wales Cricket Board announced the news.

5) PSL to be played behind closed door

Meanwhile, Islamabad United players Colin Munro, Dale Steyn, Dawid Malan and Luke Ronchi and trainer Corey Rutgers will not take any further part in the tournament and “the PCB will facilitate their safe return” as per a release.

6) Ind vs SA to be played behind closed door

After a Washout in Dharamsala, BCCI Decided to Postpone this Series Citing Player’s Safety.

“With the IPL being postponed, it only made sense that at this point of time, this series is also called off. The country is facing a serious pandemic”, a Top BCCI Official Said.

Board Secretary Jay Shah Said – “Cricket South Africa will visit India at a later date to play 3 One-Day Internationals. The BCCI-CSA will jointly work out the revised schedule.”

The Aussies were to have played three ODIs and three T20s in the country between March 22 and April 4, Before Corona Virus threat suspended the Series.